Today we will be dealing with biblical lessons to learn from story of Judas Iscariot and Apostle Peter. Both Judas Iscariot and Apostle are disciples of Jesus Christ. While the scripture only have little account of Judas Iscariot life, the scripture have enough detail about the life of Peter. Nevertheless, regardless of the how much account their life the Bible can give, something was peculiar about these two Apostles: they were both played an integral role in the life of Jesus Christ.

Some school of thought believed that Judas Iscariot should be more celebrated than Apostle Peter, because he took responsibility of his actions by committing Suicide. One thing was pertinent about the significance of these two disciples to the life of Christ, they both خيانة Jesus. Judas betrayed Christ due to his love for money while Peter betrayed Christ because of fear. Let’s quickly analyse the life and highlight the significant lessons that can be derived from their lives.

Peter Had A Question of Faith

One thing was peculiar about Apostle Peter’s betrayal of Christ. Prior to the time the event transpired, Jesus told Peter that he would deny him thrice the next morning before the cock crawls. The book of Matthew 26:34 Jesus said to him, “Assuredly, I say to you that this night, before the rooster crows, you will deny Me three times.” Despite being warned before time, Peter still betrayed Christ Jesus.

After Jesus was taken by his assailants, he was terribly beaten and disgracefully mocked among them. Peter was sighted close to the scene of the event and was challenged to be one of Jesus’s disciples. Apostle Peter having seen the torment Christ was going through, he knew similar thing would happen to anyone who identify himself with Christ. Immediately, Peter denied Jesus that he has never seen him before. He was asked again, and Peter still denied Christ and the third time, he still denied knowing Christ or having anything to do with him.

Peter had a question of faith that was why he could not stand with Christ at that moment. Remember when Christ was walking upon the water. Matthew 14:26-31 Shortly before dawn Jesus went out to them, walking on the lake. 26 When the disciples saw him walking on the lake, they were terrified. “It’s a ghost,” they said, and cried out in fear. But Jesus immediately said to them: “Take courage! It is I. Don’t be afraid.” “Lord, if it’s you,” Peter replied, “tell me to come to you on the water.” “Come,” he said. Then Peter got down out of the boat, walked on the water and came toward Jesus. 30 But when he saw the wind, he was afraid and, beginning to sink, cried out, “Lord, save me!” Immediately Jesus reached out his hand and caught him. “You of little faith,” he said, “why did you doubt?”

Apostle Peter had displayed his lack of faith when Jesus ordered him to walk on water. Despite walking on water, Peter still doubted in his mind if truly he was working on the water and when he saw the wind, his gaze on Christ was shifted and he began to sink.

درس: We must deal with every form of unbelieve and lack of faith. The scripture says Hebrew 11:6 But without faith it is impossible to please Him, for he who comes to God must believe that He is, and that He is a rewarder of those who diligently seek Him. Work on your faith.

Every man has their weakness, Judas Iscariot weakness is his love for money. A man with questionable character like Judas Iscariot, one would not expect much from him. During the time of Christ on earth, people gathered contributed money for his ministry. This money was kept in the care of Judas Iscariot. At first he was doing fine with the money. However, he could not continue for long as it is his character to be overwhelmed by money.

It was not long before Judas started stealing from the purse that was meant for saving towards the ministry of Christ Jesus. John 12:6 This he said, not that he cared for the poor; but because he was a thief, and had the bag, and bare what was put therein. You must have heard the popular parlance that the love of money is the root of evil. Judas Iscariot love for money made him do the unthinkable. He betrayed Christ and sold him out for thirty pieces of silver. He gave Christ out to his assailants because of money.

درس: In life, while we excel in our area of strength, we must not turn a blind eyes to our area of weakness. The weakness we fail to work on today might ruin us tomorrow.

Apostle Peter Found His Way Back To The Cross, Judas Couldn’t

The weight of their sins are almost the same but the end of it all is what makes the difference. After Peter had betrayed Christ, he was filled with guilty that he shed tears. However, he didn’t allow himself weighed down by guilt to an extent that he could not find the throne of mercy. He went away repented and never go back into that sin. Remember the scripture says in the book of Ezekiel 18:23 Do I have any pleasure at all that the wicked should die?” says the Lord GOD, “and not that he should turn from his ways and live? Repentance is all that is needed for you to find your way to the throne of mercy.

For God do not take pleasure in burnt offering, the sacrifices of God are a broken spirit, a broken and contrite heart God will not despise. This means our repentance is highly important when seeking forgiveness.

Judas Iscariot on the other hand was overwhelmed by guilt. He was consumed to fault that he could return to God for mercy. Instead he went away and committed suicide taking law into his hands. Judas must have thought death was the only good thing he could do at that time, but God takes no pleasure in the death of a sinner but repentance through Christ Jesus.

درس: Regardless of how big we feel our sin is, we must strive for repentance. He that confess his sins and repent from it shall find mercy. We must have a genuine repentance. God is merciful enough to forgive us all our sin. 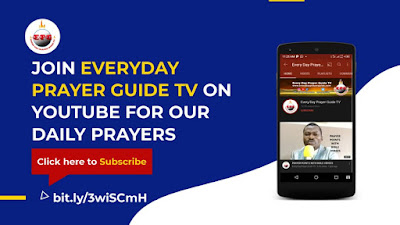